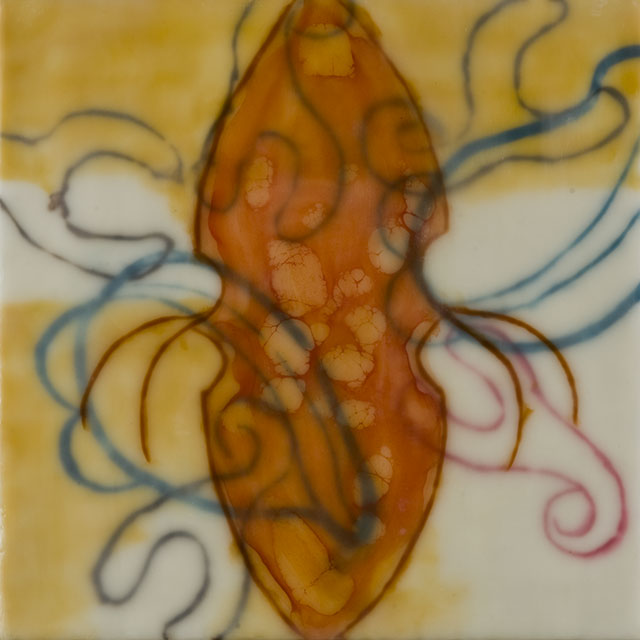 I was born and raised in the northwest. From an early age I was fascinated by the natural world, from the tide pools of the Puget Sound, to the icy Cascade Mountains. In the seeming chaos of nature I see the order in ecological systems and the importance of all forms of life.

In this series, I draw upon the subject of aquatic life, both microbial and invertebrate. I recognize the realities of predator and quarry; surviving to reproduce, as something beautiful in its harshness. I want you to glimpse these struggling creatures, and marvel at their exquisite forms frozen in their movements of entropy.

I capture them in pigmented encaustics, exploiting the medium’s glow and luminous depth. The hot wax mimics the qualities of water, but also provides the visual warmth often lacking in our temperate climate. The abstracted figures are not from a biology text or the ocean—they inhabit my imagination and exist there as pure shapes.